Catalyst OrthoScience Adds Brian K. Hutchison to Board of Directors 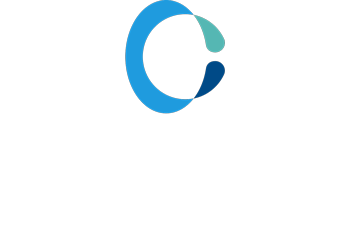 Catalyst OrthoScience announced the addition of Brian K. Hutchison to its board of directors as executive chair.

Catalyst OrthoScience announced the addition of Brian K. Hutchison to its board of directors as executive chair.
Press release, June 28, 2018

CATALYST ORTHOSCIENCE ADDS BRIAN K. HUTCHISON TO BOARD OF DIRECTORS

NAPLES, Fla., June 28, 2018 -- Catalyst OrthoScience Inc., a cutting-edge medical device company focused on the upper extremity orthopedics market, today announced the addition of Brian K. Hutchison to its board of directors as executive chair. Hutchison will also serve as interim chief executive officer of the company until a permanent CEO is in place.

Hutchison replaces Robert M. Kaufman, who has served as chairman and CEO of Catalyst OrthoScience since August 2017.

“We are pleased to have Brian join our board and immediately step in as executive chair and interim CEO,” said Steven Goldberg, M.D., founder of Catalyst OrthoScience. “He brings a wealth of experience in orthopedics and executive leadership to our company at a critical stage of growth.”

“I am excited to join the Catalyst board of directors as executive chairman and interim CEO,” Hutchison said. “In the coming months I will be focused on assessing the company’s structure and filling the gaps on the leadership team, including recruiting a permanent CEO. I believe the Catalyst CSR™ Total Shoulder System is one of the best shoulder replacement technologies on the market today, and I look forward to continued sales growth as we expand our market presence.”

Hutchison brings more than 30 years of healthcare industry experience to the Catalyst OrthoScience board. Most recently, Hutchison retired after serving 15 years as CEO of RTI Surgical Inc. (NASDAQ: RTIX). At RTI Surgical, he grew annual revenue from $55 million to $300 million, positioning the company as a leader in advanced biologic products. As CEO, Hutchison successfully merged RTI Surgical with Tutogen Medical in 2008 and in 2013 acquired Pioneer Surgical Technologies. Over his tenure, he secured multiple rounds of financing that included a $25.8 million investment in 2002 and a $22.2 million investment in 2005.

Before RTI Surgical, Hutchison held various positions at Stryker Corporation, including serving as vice president of worldwide product development and distribution, senior vice president and chief operation officer of the Howmedica Osteonics Division and president of the Stryker Medical Division.

Hutchison currently serves on the board of directors of Zavation Medical Products and the University of Florida Research Foundation. He received a bachelor’s degree in accounting from Grand Valley State University and attended Harvard Business School’s Program for Management.

The company's first offering, the Catalyst CSR Total Shoulder System, represents the next evolution in stemless total shoulder arthroplasty. The Catalyst CSR is a single-tray, bone-preserving total shoulder arthroplasty system containing a precision elliptical humeral head and less invasive glenoid component, using specialized ergonomic instrumentation designed for consistent anatomic joint line restoration and glenoid insertion.  The Catalyst CSR system can be used in both inpatient and outpatient settings and was cleared for use by the FDA in 2016.

Catalyst OrthoScience has a growing portfolio of 10 granted U.S. patents with several more pending nationally and internationally.  The company is headquartered in Naples, Fla., and its products are available across the U.S. For additional information on the company, please visit www.catalystortho.com.

Catalyst Ranked One of the Top Ten Startup Companies in 2022

Nice to meet you. We use cookies to ensure that we give you the best experience on our website.